The Freedom of Consensual Slavery 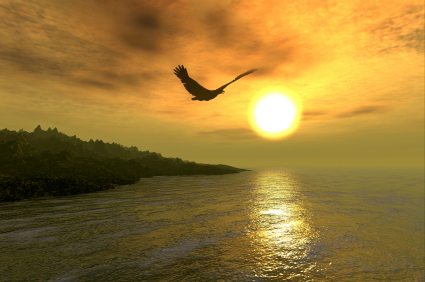 There are many images that come to mind whenever anyone thinks of the word slave.  Most of the time the word itself is used in a negative context in reference to being forced to behave in a way that one does not wish to behave.  It is a word that references a person that is under the complete authority of another with little to few rights of their own.  The definition of the word has been put forth as having several meanings, one of which would be “a form of forced labor in which people are considered to be, or treated as, the property of another”.  There is much stigma attached to the word itself since the days of the slave trade that was abolished in this country upon the closing of the civil war.

So  many different meanings can be addressed and yet I find that they are not what come to my mind when I think of the word slave.  Upon hearing the word or thinking of it, I am filled with warmth and a gentle joy deep in my heart.  You may want to ask, why would anyone feel that way?  I will tell you happily.  It is because I myself am a slave.  Not only am I willing, but I am an eager one in my service to my Master.  You see there is another meaning to this word that I have come to treasure so.  You may in fact find it a truly ironic meaning, for I have come to see my own slavery as the only form of true freedom.

How could this be?  You may be thinking to yourself, surely this girl is mistaken and confused in her use of language.  But no! It is true!  I see my slavery as freedom indeed.  You see, it allows me the freedom to behave toward my Master in the ways that feel natural to me when it comes to how I relate to the man I love.  I respect Him greatly of course, and I value his thoughts and opinions, but this isn’t the driving force behind my internal serenity.  I enjoy being able to behave as a slave because it is the ultimate expression of my true feelings for Him.  When He requests something of me by way of action or words, He is able to freely express His wishes without being hindered by society’s views of what is and is not appropriate in His request.  In turn, by bending to His will, learning from His instruction, serving Him and following His lead obediently, I am freed from society’s confinements on what is viewed as inappropriate behavior in my expression of adoration.

Perhaps I should explain a bit further with example. If a woman of mainstream society is seen to approach her mate with lowered eyes then kneel before him and bow reverentially, to then be patted on the head and called a “good girl” as she gives a beaming smile in response to his words, it would be seen as a lowering of her station and an act of disrespect toward herself.  No matter how much she loves him, he is then seen as something of a bully that treats his mate as a dog.  The real magic behind consensual slavery is that, with the simple act of declaring one’s slavery, a woman can walk proudly in her status as slave and a man can be seen as a strong and loving mate who cares deeply for her and treats her well.  When a slave bows before her Master it is done out of love and an eagerness to express that love in a physical way that bellies the true level of adoration she has for him.  To be limited to societies accepted acts of love such as kisses, hugs and other “vanilla” forms of affection; a true and natural slave is in essence being bound from expressing herself to the full extent that she desires. Only, the difference is, the ties that bind her are not being held by someone she loves and trusts but rather by a cold unfeeling society that arbitrarily doles out its views of right and wrong.

Take a moment to think this over in your mind.   If it is wrong to deny women the vote based on their gender because they are equals, then isn’t it also wrong to determine for them how they are to display their feelings for their mate?  Is it not wrong to tell a person that was born with a natural inclination toward submission to behave in any other way than that which comes to them as the right thing to do?  And finally is it not wrong for one that is an internal slave to be forced upon with the “freedom” society would have for her?  In my humble opinion, that is tantamount to emotional rape for it is, in essence, a violation of a woman’s right to decide for herself how she will lead her life.

It is natural for a slave to be as she is and to behave as she does and that my friends, is a beautiful thing.  Quite contrary to popular belief a true slave is a very strong person that must know her own mind in order to achieve happiness and success in her endeavors in life.  She must be strong enough to cast aside the bond that society has placed on her.  She must know herself well enough to trust her decisions in choosing a Master. She must display courage in ending her will to His so that she may know the elation of a deed well done and a Master well pleased.  She must have the fortitude to walk the gauntlet of disapproving stares directed at her from those in the world around her so that she may be able to take the opportunity to truly be whom she was born to be. Yes, a slave is a strong individual indeed for she has chosen her only true freedom.  Rather than simply dream of it or fantasize about it when one is watching she has spread her wings and leapt forth to grab it, only to find that at long last she can finally soar!